It’s always possible that the name is in the Slovak language, which I imagine smooshes words together, much like the Slovaks themselves smoosh every part of the pig into the blood sausage delicacy jaternice. 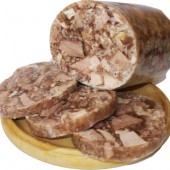 In that case, the capital would be Slovakiacity, which is a great name because it fits perfectly in the tourism ad campaign I just came up with: “Slovakia — Feel the Slovakiocity!” Doesn’t it make you want to buy a ticket to Slovakiacity right now? 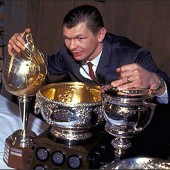 Elliott’s Rebuttal to Brock’s Nonsense
Wait… what? You think the capital of Slovakia is a series of tiny metal figurines (smallmetalmanstatueskas) of famous Slovaks? I can understand a desire to celebrate great men like composer Eugene Sucho, Robin Hood-like outlaw Juraj Jánosík, and Academy Award-winning director Ján Kadár, but there’s no way a major metropolis could be made up of tiny figurines. Where would people live? Inside the statues? How could anyone fit in there? 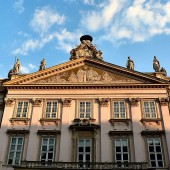 Brock’s Rejoinder to Elliott’s Claptrap Bunkum
Elliott, not only is it possible I mistranslated, it’s probable. What’s even more probable is that Anton was screwing with me. Going over his story again, there’s a lot that doesn’t add up. For instance, I don’t know how the women in Slovakia rate, but I have a hard time believing someone with Anton’s facial features could woo even the loneliest of widows. The guy always looks like he’s just gone three rounds with Slovak welterweight and 1948 Olympic gold medalist Július Torma. 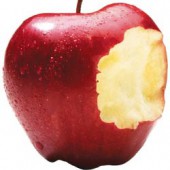 Come to think of it, my building didn’t even have a doorman until Anton started hanging out in the vestibule. He doesn’t have a uniform and he’s never once opened the door for me. He does sign my Fresh Direct packages, but when I get them, they’ve been opened and there are bite makes on all the produce.

Perhaps I should propose a new Point/Counterpoint topic: Is there a drifter squatting in my lobby?

CONCLUSION
In which Elliott and Brock make token concessions to the other’s argument, while remaining fundamentally unchanged as to the validity of their own rhetoric.

Elliott: Brock, I agree with your suspicions that there is a derelict living in your building. I would refrain from speaking to him or allowing him to use your bathroom when he’s “on break” (which is always). Don’t use this as an excuse not to give him a Christmas tip, though. Doormen never forget that.

I still find your understanding of Slovakian culture to be abysmal, however. Our only recourse is a trip to Slovakia itself so we can experience the truth firsthand. I’ll start looking for cheap flights from JFK to the Slovakiacity International Airport (Slovakiacitymetalbirdnestplace). 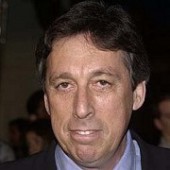 Brock: Sounds great! There’s a slight tingling in my spine, which I can only assume means I’m starting to feel the Slovakiocity! I’ll hit the currency exchange and get us some Slovakians, though getting a three-meter solid chrome effigy of Ivan Bella, the first Slovak in space past airport metal detectors may present a challenge.

Either way, when we get to Slovakia, let’s visit Ivan Reitman’s boyhood home. Apparently, he was born there.

CORRECTION: Bratislava is the capital of Slovakia and the currency used there is the Euro. If you have any information as to the whereabouts of Brock Mahan or Elliot Kalan, email: missingwriters@whimquarterly.com.