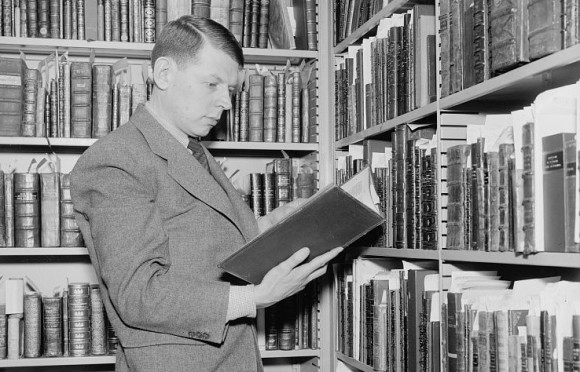 In Search of Lost Thyme by Marcel Proust

A sprawling, 3,000-page opus about the foibles and contradictions in Parisian high society through the early twentieth century, In Search of Lost Thyme tells the story of an unnamed narrator who, because of his poor health and emotional fragility, looks for solace in the art of soup-making. Conflict erupts when, upon cooking at a dinner party for the Princesse de Guermantes (a high-profile and fabulously wealthy contributor to the French nobility), the narrator discovers his spice rack in disarray. In Search of Lost Thyme chronicles the narrator’s utter bereavement as he scrambles to find not only the proper flavor to his stew, but the proper ingredients to lead a fulfilling life.

The Art of Par by Sun Tzu

Sun Tzu miraculously published his classic manifesto in the sixth century B.C., approximately 18 centuries before the sport of golf was invented. Short chapters in bullet-point format delineate the proper tactics, strategy, and execution of a sure-to-be-victorious golfer, including: “Divinely mysterious, the golfer is inaudible. Thus he is master of the enemy’s fate”; “All golf is based on deception”; and “Treat your caddy as you would your own beloved son. And he will follow you into the deepest sandpit.” Some of Sun Tzu’s notions still hold weight to this day, but not all; for example, “Speed is the essence of golf” was rightfully debunked in the early nineteenth century, due to golf enthusiasts’ preference for never-ending tedium and bitterly lethargic pacing.

Melville’s soaring American epic tells the story of a young Captain Ahab, who, blinded by his unceasing ambition and his utter contempt for lousy music, enters on a quest to search and destroy the title veteran electronic musician, Moby. Ahab recruits a plethora of hipsters to join him on his transcontinental odyssey, wherein they suffer the slings and arrows of The Recording Academy. After Moby’s henchmen bludgeon half of Ahab’s crew to death with copies of Rolling Stone, Ahab continues to struggle onward. Unfortunately, he realizes far too late that his search is unattainable, when it dawns on him that Moby has already died from obscurity.

War and Peach by Leo Tolstoy

War and Peach broadly chronicles the love affairs and turbulent times of Princess Peach during Bowser’s invasion of Mushroom Kingdom. It follows the three most well-known characters in video game history: Mario, a mustachioed entrepreneur who, fatigued from arduous rescue missions and realizing their pointlessness, succumbs to lack of faith in a higher deity; Luigi, his slightly taller brother, who wishes to abandon his family not only to crush Bowser, but also to overshadow his siblings’ well-established glory; and finally Peach herself, the kingdom’s monarch, captured time and time again by the faux-reptilian imperial conqueror, who fascinates both aforementioned men. War and Peach is a searing document about the inevitable, perpetually moving engine of History, and how it propels us always to keep searching, even if what we are looking for is, yet again, in “another castle.”