You are viewing pieces written by Brock Mahan and Elliott Kalan 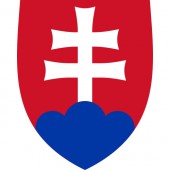 After a week filled with blood (sausage), (very little) sweat and (copious) tears, Whim’s first ever Point/Counterpoint debate concludes as Elliott and Brock each make token concessions to the other’s argument, yet remain fundamentally unchanged as to the validity of their own rhetoric. 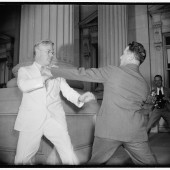 Brock Mahan and Elliott Kalan are great friends, even though they disagree with each other 90% of the time. Often vehemently. Someday, they will likely engage in an epic argument that destroys lives, families and each other. Until then, they’ve vowed to settle all serious disputes via the written word in… POINT/COUNTERPOINT.

Today, Brock and Elliott debate a civil rights matter that has plagued this country since its founding 235 years ago.