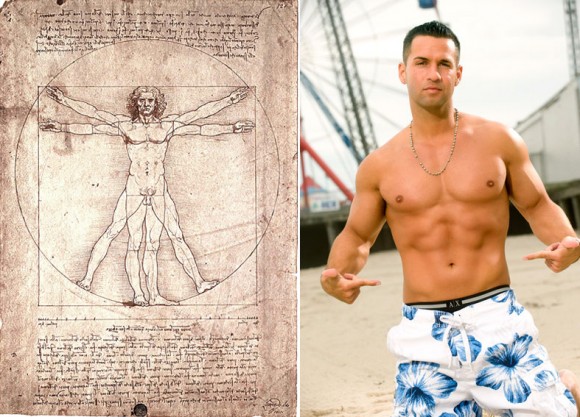 da Vinci: Yes, this is-a one of my-a pantings. This one you-a like?

Situation: She’s a fucking smokeshow that chick. I would smush that shit.

da Vinci: You are an entertainer, yes?

Situation: Yeah, D-Vin, you can say I entertain! Like freakin’ Hanks in that movie about you.

da Vinci: I don’t a-know of this a-movie.

Situation: Shit’s off the hook, Leo. You got Hanks who’s like Indiana Jones and he’s figuring out that Jesus had kids and shit. Look who I’m telling though. You hid the shit in your pictures, right?

da Vinci: My art can-a be interpreted in-a many ways.

Situation: How about the one with Jesus eating dinner?

Situation: That one, too, man. That’s one’s the shit, too. You should design like a sick Ed Hardy shirt, like with Jesus and Mona and then a dragon is creepin’ on her in the Jacuzzi and shit and Jesus is holding a sword out to fight off the dragon. My cousin knows a kid who does stuff for Hardy. I’ll make a call.