A Round of Shots: Your Guide to the New Reality of Guns in Bars 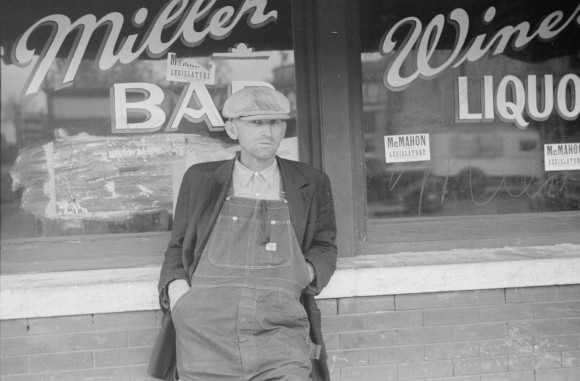 A. You are visiting a bar with your girlfriend. You go to the restroom and return to find another man seated on your barstool. As you approach, you hear him call your girlfriend “toots” and offer to buy her next drink.

B. You and your buddies are enjoying a few beers at the local pub. After a time, you decide to order some bar snacks. You ask for the bill and pay cash, telling the bartender you need change. But instead of returning you bills that would allow you to leave a reasonable tip, the bartender leaves you only a twenty, which, if you left it, would be a tip of nearly 35 percent.

How do you respond?

C. While visiting Phoenix on business, you stop in at your hotel bar. Monday Night Football is playing on the television, and your favorite team, the Houston Texans, is losing to the Arizona Cardinals. The bar’s clientele overwhelmingly favors the Cardinals, not surprisingly. A man seated beside you, assuming you too are a Cardinals fan, begins to speak to you. “It looks good for us,” he says. “With Al Simmons out with a hamstring injury, the Texans simply don’t have the backfield.”

What is the appropriate response?

D. Howie’s, your favorite bar, is always crowded on Thursday nights, and tonight is no exception. Entering, you notice there is only one available seat at the bar, and it happens to be beside a gorgeous brunette. As you make your way through the crowd, she looks up from her gin and tonic and flashes you a smile. But just as you are about to sit down, another man slides onto the stool. His greasy hair is slicked back and he wears a tight t-shirt bearing the logo of the band Styx; peeking out below the sleeve, you think you notice the bottom half of a swastika tattooed on his left bicep. He has an earring, coughs without covering his mouth, and is carrying a copy of Das Kapital, which he places on the bar, though he clearly has not read it and is just carrying it for show. The brunette is visibly disappointed by his arrival; she eyes you and shrugs, seductively, as if to say, “your move.”

E. It’s been a rough day. You lost your job, and then when you arrive home, seeking nothing more than consolation from your loving wife, she announces she is leaving you. It does not help that she is leaving you for Al Simmons, the Houston Texans’ star running back, who has fully recovered from that hamstring injury and is doing great. It also does not help that you have been describing him to your wife lately as “impressively lithe.” So now you’re at Howie’s, mad at the world, and you’re getting pretty drunk. Doug, the bartender, listens to the whole story. Not just nodding his head but really, truly listening. It’s nearing 2 a.m. and the place is beginning to empty out, and Doug goes down to the basement to change the kegs. There’s really nothing to lose, you think. there’s got to be at least two hundred dollars in the register, and probably more in the back. Howie’s always overcharged for drinks anyway. you sit tight. When Doug returns, he gives you that old Doug smile and asks, “Friend, what’ll it be?”

ANSWERS: A. Shoot him! B. Shoot him! C. Shoot him! D. Let him have the seat. In the grand scheme of things, it’s nothing. Another seat will open up, and you’ll avoid confrontation and feel good about yourself tomorrow. E. shoot him!

This piece appears in Issue #4.5 of Whim. Order your copy here!