True Grit was number one at the box office this weekend, taking in $15 million. Courtesy of Sarge, the treatment for a film guaranteed to rake in several million more bones.

Looking for an antidote to the award season dreck currently clogging up the multiplex? All month long, Whim’s Sgt. Facepuncher, M.D. will be using this space to pitch Hollywood ideas for movies that real Americans actually want to see. First up, a more scientifically accurate update of a classic Spielberg flick.

Blowguns Are Decent Weapons for Killing 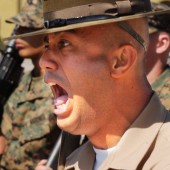 Whim’s resident military expert reports on one of few weapons where stopping power is directly related to the user’s lung capacity.