Hey everybody it’s Thanksgiving Week! This is probably the finest of all weeks on the calendar. It trumps Christmas Week because there is less buildup. It trumps the Fourth of July Week because there are two days off from work instead of one. It trumps Shark Week because humans get to be apex predators. Thanksgiving is fantastic because all it asks of you is to eat, and give thanks for something. While I cannot help you on the first part, I can certainly lend a hand on the second. 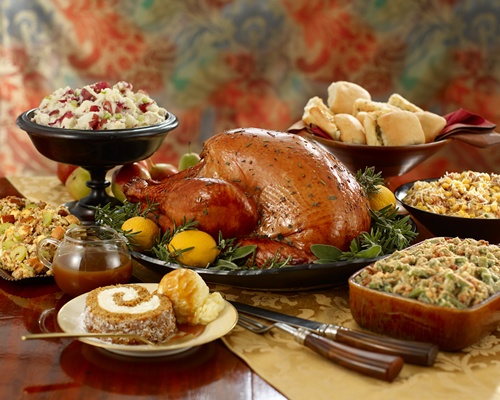 Turkey is an adequate protein. It makes a good sandwich and looks nice as the centerpiece of a lavish banquet. Plus, roasting a turkey provides one of the few occasions for using whatever these leg bone cover things are called. That said, no one is clamoring for more turkey in their lives. Now side dishes, that’s where the action is. I’m talking mashed potatoes; I’m talking yeast rolls; I’m talking about things made in a casserole dish with those crispy onions on top. Cranberry sauce? Of course. A big bowl of pudding? Not my thing, but do what makes you happy. The wonderful thing about Thanksgiving is the ubiquity of turkey gives side dish status to things that would be ordinarily be treated as a main course. Mac and cheese, ribs, stuffed crust pizza — anything can (and should) be a side dish on Thanksgiving! The options are limitless. So when you sit down on Thursday and the passing of food begins, let the turkey go on by. It is the side dishes for which we should be thankful. 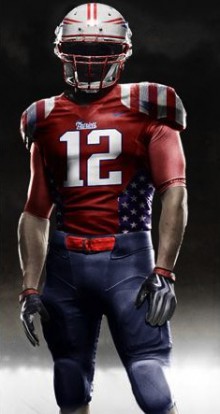 In 2012, Nike will replace Reebok as the official supplier of uniforms for the NFL. This past week, images of those uniforms leaked onto the internet (perhaps the first time in the history of the medium that such a thing has happened). Nike said the mockups are fake, but these uniforms need to happen. The NFL is an unstoppable force, finally surpassing horse-racing, boxing, and liberal-taunting as the country’s favorite competitive activity. One of the reasons the league has been such a success is because it is always changing. Just look at the uniform to the right. Is that a new super hero? No. It’s Tom Brady and he looks like he’s ready to impregnate a few more supermodels. It is imperative that the NFL adopt the new uniforms, not just because they look snazzy, but because the prophecy said it would be so:

This is our future. Embrace it. Just as Lt. Carmen Ibanez embraces Johnny Rico. 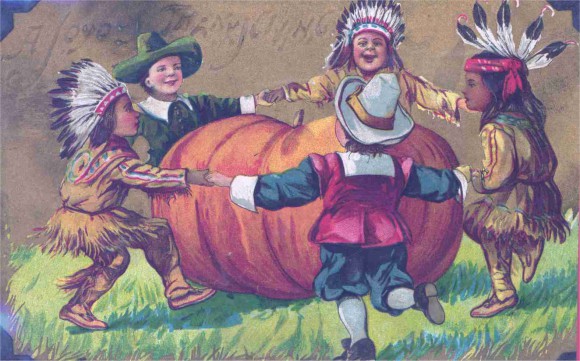 If this Thanksgiving is anything like the 388 prior, America will fail to adequately honor Indians during its celebration. Let us all remember try to give thanks at some point this week to the Indians. Any Indians. Give thanks for the 1948 Cleveland Indians; give thanks for Filipe Rose, who plays the Indian in the Village People; give thanks for the country of India and its more than one billion residents, many of whom you have probably spoken to over the phone while trying to get help with your printer. 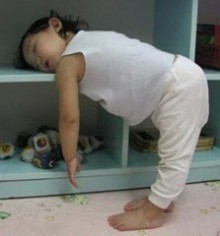 I’m just gonna sit down in front of this Detroit game and rest my eyes. Oh, what’s that honey? Help clean off the table? Right, of course. Yeah, I’ll be over in a moment. Just let me, uh, take care of this thing I have to do. No, no, it’ll be just a moment. I have to… uh… closing my eyes here just for a second while I… I… Huh? Whosat? Oh, right, the dishes. Yes. We do need to clean up. Yeah, the recliner just popped out on its own. I think we need to get a new chair. This one clearly isn’t, uh… y’know… just resting my eyes. Just… just… What? Whatdidjasay? Yes. Divorce. Of course. One minute here. My eyes need resting first. To your mothers? OK. I gotcha. Let me first… uh… uh… … … … … …

What’s that? You’re a vegetarian who consumed no turkey and don’t feel like napping? No problem! Benadryl is wonderful over-the-counter allergy medication that, in addition to reducing the sniffling and sneezing associated with hay fever, will knock you the fuck out.

Let’s say you don’t want to become completely comatose and instead wish for life to pass by as you drift off to a magical dreamland populated with scantily clad women who dance around you while you stare curiously at Rothko paintings. If that is all you desire, give Children’s Benadryl a try! Slightly less potent than the adult dosage, Children’s Benadryl has the added bonus of tasting like delicious grapes — it’s basically wine for kids, and it is awesome.

So pop the safety seal on a container, throw back a tablespoon or two and ride the sleep monster to a hazy netherworld. And give thanks!