Secret Societies: Which One Is Right for You? 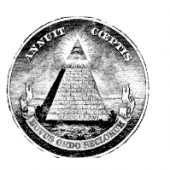 The Illuminati
Perhaps the most powerful secret society, the Illuminati was founded in Bavaria in 1776, and is thought to be the sinister force behind Bavarian dominance in the field of custards and crèmes. They called themselves “Illuminati” because the group was initially a social club for mood lighting enthusiasts, whose meetings were dedicated to finding optimal lantern placements in homes and personal apartments. Later their mission statement would become less “lamp” and more “world domination” oriented, but the appellation stuck. They are said to be responsible for the eye in the pyramid on the U.S. dollar bill. According to legend, Jefferson said, “An eye in the pants pocket is the best way to keep tabs on a gentleman’s John Hancock.”

Pros: Are the unseen force behind every major global event.
Cons: Lederhosen don’t look good on anyone. 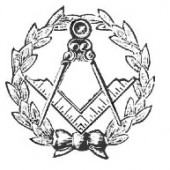 The Masons
One of the oldest secret societies, The Masons were started in 1929 by actor James Mason. Originally devised as a way to get a free weekend away from his wife Pamela, it has evolved into a highly ritualized underground society, bound by the James Masonic principles of Brotherly Love, Resonant Diction, and Indiscriminate Choice of Film Roles. When Masons meet, the traditional greeting is “The sea supplies all my wants.” (20,000 Leagues Under the Sea) and their farewell is “Games? Must we?” (North by Northwest). While the Masons’ influence has waned, they were a force in popular culture as recently as the 1980s, when James Mason’s daughter-in-law, Belinda Carlisle, sang, “The Masons / all I ever wanted/ the Masons / hard to get into / The Masons / not the ones who work in stone!”

The Grilluminati
While less powerful than the Illuminati, they are much more grill-oriented. In fact, they are entirely grill-oriented. Some scholars debate whether they’re a secret society at all, as opposed to a loose confederation of outdoor cooking enthusiasts. However, most err toward secret society, since, when Grilluminati have keggers, scholars don’t get invited. Much as the Illuminati are responsible for the eye in the pyramid on the American dollar bill, the Grilluminati are responsible for that mysterious brown spot on your kitchen counter. Legend has it that’s where they set the barbecue tongs. 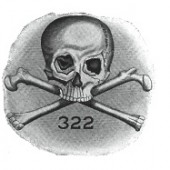 Skull & Bones & Ted & Alice
The only remaining vestige of Yale University’s ill-fated Los Angeles branch (Yale West Annex and Avocado Grove), this secret society is devoted to shaping tomorrow’s leaders and to swinging. While shrouded in mystery, anonymous reports suggest that initiates are forced into an adulterous four-way with Elliott Gould. As most university undergrads are unmarried, a minister is on hand at all times, to perform pre-swinging nuptials. (Bylaws categorize all unmarried polyamory as mere “youthful experimentation” and thus invalid as hazing.) These enforced marriages, coupled with Mr. Gould’s copious body hair, have depressed membership in recent years. Still: four-ways!

Pros: Only way to swing with no creepy losers with back acne.
Cons: Kind of retro.

The Cosa Nostra
The only criminal institution surveyed, the Cosa Nostra (literally: “House of the Nostrils”) goes by many names: the mob, the Mafia, the family, “Ol’ Shoot ‘n’ Spaghetti,” RICO Suave, “those guys who always rent Goodfellas,” and Capos D’goldchaina. There are three traditional ways to gain entrance: loudly proclaiming, “I wish I knew someone to fence these tax-free cigarettes;” hanging around social clubs singing Tony Bennett b-sides; or asking a favor on the day of a mob boss’s daughter’s wedding. If you’re lucky enough to survive initiation (three days of strip-searches, broken fingers, and stale cannoli), you may one day know the joy of becoming a “made man.” (It’s like a super-sweet 16 for gangsters.)

Pros: Your new facility with hand gestures will improve your public speaking.
Cons: Creeping moral decay will lead to your downfall, representing the death of the American dream. 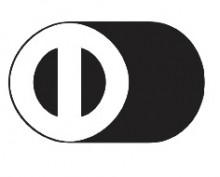 Diners Club
Not really a secret society, but Telly Savalas seems to think it’s a good deal, and he was Kojak, so why not look into it?

We hope you’ve found this overview helpful, and leave you with one final bonus: this article can save you up to forty percent on secret society dues, for any organization listed herein. Simply scrawl your name across it, using the blood of a she-bandicoot; and then, on the first moonless night that falls upon the Aztec day of Cozcacuauhtli, bury it beneath a tree that bears no fruit, and only grows in stone.

We’ll take it from there.