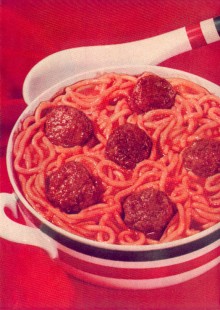 I’ve been depressed lately. I was hoping summer would make my blues go away, but it’s July and I’m sadder than ever. What can I do to cheer up?
-Bummed in Bay Ridge

Bummed,
A wise man once gave me some advice: depression goes away when you’re doing what you’re good at. For me, that’s getting laid. And it really does chase the blues away. Every time I get laid, that’s a solid 15 minutes that your mom is totally happy.

My girlfriend and I graduated college last week, but we have very different plans for what to do in the fall. She’s moving down south for work, while me and some bros are getting an apartment together in Jersey City. We both agree that a long-term thing probably won’t work, but she wants to stay together until she leaves to see if anything changes. Honestly, I think it’s a waste of time, but two more months isn’t a big deal, right?
-Jersey Boi

Hey bro,
Maybe you got your schedule mixed up, because according to my calendar, your girlfriend moved south on me last night. MEATBALLS!

What you gotta do is test the limits of what she’s willing to do to keep you two together. Tell her you’ll stay together if she’s up for threesome with her best friend. She is? Make it a foursome with her sister, too. Keep going, adding cousins, aunts, babysitters, MMA ring girls, frozen yogurt attendants, local catalog models, etc., until you reach the level she says no to. Then scale it back a level, get hopped up on Xanex, and go for it. It worked for me with your girlfriend, sister, cousin, teacher, au pair, Verizon customer sevice rep, and great-grandma.

Do you play fantasy baseball? I’m wondering who I should put on my team as we get to the second half.
-Fantasizing in Fayetteville

Ballboy,
I don’t spend a lot of time on computers because Vinnie Meatballs doesn’t know his way around a keyboard too well. If I’m going to rapidly bang something with my fingers it’s going to be your mom. MEATBALLS!!!

Instead of playing “Fantasy Baseball,” why don’t you try playing “Fantasy Meatballs” – it’s the same only instead of winning when some roid monster hits a home run, you win when Vinnie Meatballs bangs your mom. And congrats, you won EVERY SINGLE DAY LAST WEEK.

Want your questions answered by Vinnie? Write to him at vinniemeatballs@gmail.com or tell your mom to give him the message next time she sees him.