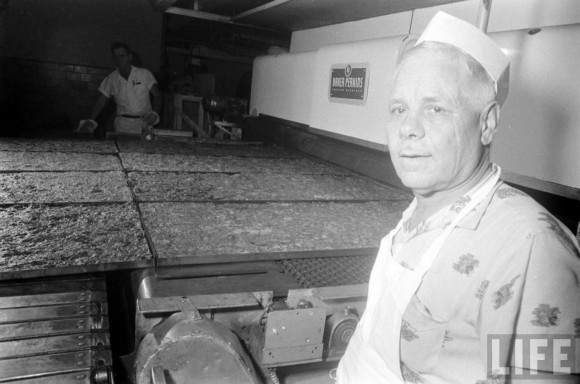 By this point, the work of celebrated food delivery box artist Nathaniel Stringman has become a staple in all of our lives. Whether the calligraphic exoticism of “Delicious Chinese Food,” the classical elegance of “Greek Gyros,” or the subtle satirical dig at consumerism in “20 Pc. McNugget,” Stringman’s work is the very height of food transportation packaging. Of course his story has become legend, how the penniless urchin with a dream rose to the very pinnacle of the Boston social scene before being killed by a gorilla who had mistaken him for someone else.

Yet how many of us have heard the tale of the man who inspired Stringman’s most famous and beloved work, “Pizza with Smiling Italian Pizza Chef?” If ever there was a time to tell that story, this is it. For that man, Luigi Gabagoozzini, has died after a long battle with mustache cancer.

Gabagoozzini came from humble circumstances, the son of a poor tailor who, to make ends meet, moonlighted as “Tony the Squeege,” the all-powerful crime boss of the eastern seaboard. Though he dreamed of being a doctor, Gabagoozzini was rejected from the university system due to anti-Italian sentiment and his refusal to move out of his mama’s apartment. He passed through a series of short-lived jobs –- organ grinder, opera singer, gigolo, racecar driver, “man hanging around barbershop even though he doesn’t need a haircut” –- before the fateful day when, while rinsing out a chianti bottle for re-use as a candle holder, Stringman first saw him.

Stringman recorded the moment in his diary:

“Oh most joyous of days! At last I have found my pizza chef, as if plucked from my own fevered dreams of cheese and dough! His smile, his mustache, his round friendly countenance. His very eyebrows scream out to me, ‘Mangia mangia! I make-a pizza for you!’ Brick oven muse, I shall repay you for smiling upon me! This shall be my monument!”

Ironically, Gabagoozzini knew nothing about making pizza. Once outfitted in chef’s hat and apron, however, a disc of dough tossed powerfully upwards, he exerted a powerful charisma that was soon looking out from every pizza box in the country. Hailed as Stringman’s greatest find, Gabagoozzini was escorted by the artist into America’s cultural world. Rumors of a romantic relationship between the two have never been substantiated.

Hailed as “the face that sold a thousand stuffed crusts,” Gabagoozzini became a media darling, appearing on the covers of Garlic & Ammo, Italian Aficionado, and U.S. News, World & Pizza Report. It wasn’t long before Hollywood, looking for an edge over the emerging television market, snapped up Gabagoozzini, starring him in over 40 films including the minor classics The Meatballese Falcon and From Here to Ethnicity. Unfortunately, his ride at the top was brief, and he was soon trapped in a series of low-budget “wopsploitation” films with titles like Pizza Owns This Town, Garlic Dynamite, and Shut Uppa You Face!

As his star fell, Gabagoozzini reached his lowest point. He describes it in his self-published 1992 memoir I Am Not Pizza:

“There-a I was. Scrambling inna da garbage for som-a-thing to eat, all my money gone-a right uppa my nose thanks to my addiction to Sicilian White [a particularly potent strain of Parmesan cheese]. That’s when I see it. My own-a face looking right back at-a me from a pizza box. Thrown away in-a da trash, just like-a me. And yet he look so happy. So innocent. I cry like a man without a mistress, and promise on my momma’s grave to kick the cheese for good.”

That’s exactly what Gabagoozzini did. Retiring to Brooklyn, he gracefully faded into obscurity. Perhaps if you walked past the white plaster lion gates of his modest home, and rapped loud enough on the Virgin Mary doorknocker, the friendly old man might show you his collected memories of the time when “Gabagoozzini” was synonymous with “Italian stereotype.” Or he might be too busy playing bocce and making inappropriate gestures at his grand-niece’s high school friends.

Services will be held this Sunday at 2 p.m. at Famous Ray’s. In lieu of flowers, it is requested donations be made to the Pro-Defamation Society.