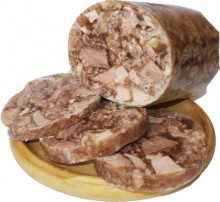 Elliott: Wait… what? You think the capital of Slovakia is a series of tiny metal figurines (smallmetalmanstatueskas) of famous Slovaks? I can understand a desire to celebrate great men like composer Eugene Sucho, Robin Hood-like outlaw Juraj Jánosík, and Academy Award-winning director Ján Kadár, but there’s no way a major metropolis could be made up of tiny figurines. Where would people live? Inside the statues? How could anyone fit in there?