It’s Tuesday and that means its time for another round of Rick’s Picks. Got your pen and paper? Good, let’s do this!

[EDITOR’S NOTE: It is not necessary to transcribe the list verbatim. In fact, printing the list would probably be easiest. Just a suggestion.]

1) The bizarre dual existence of the Harry Potter film franchise. 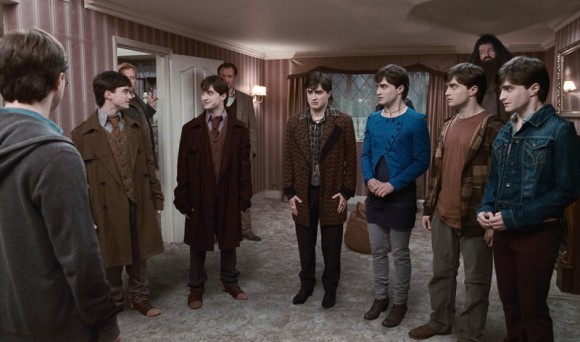 Just what the hell is going on here?

Last weekend I went and saw the most recent Harry Potter film with my extended family. I suspect part of the reason these films are so viable is that they tend to come out around the holidays and people, such as myself, need films they can view with their family that do not have “objectionable material.” This allows the family to kill two to three hours between meals without having to actually speak to one another. I enjoy the Harry Potter films. Since Chris Columbus has left the series the films themselves have become expertly crafted, beautifully shot pieces of contemporary art. However, what struck me as I watched Harry Potter and the Deathly Hallows Part 1 was how strange and complicated the story had become over the years. What I mean by this is that the actual story conveyed in the form of 8 two-hour feature films is perhaps one of the most well-received pieces of incongruent nonsense ever assembled. I can say this with legitimacy because I have never read a single word from any of those books.

I’m told they are quite good, and I believe the people that tell me this. But what I’m paying to see is a movie and as a movie the films are more complex than an M.C. Esher dinette set. This is notable because it seems that those people coming to the films raw, having not read the books are actually in a minority position to those who read some or all of the books. Because of this the collective consciousness finds the movies fantastic and logical because they are all bringing to the theater their own inherent knowledge of the series. To them there are no gaps, because their memory fills in the blanks either consciously or subconsciously.

To me, I sit there and I get that Harry is the hero and that the man with no nose is the villain and that, yes, they’re trying to collect something or solve a puzzle or destroy a thing that they had to first collect and then solve, but everything else — including those secondary and tertiary characters wrapped up in various missions and objectives of their own — is completely baffling to me. But this does not keep me from enjoying the movies, instead it creates a unique piece of contemporary cinema that is simultaneously perceived as both logical and baffling by two audiences who seem to enjoy it equally.

Sometimes you find yourself in a popular Nashville burrito joint on a rainy night enjoying what is essentially a pulled-pork quesadilla (smoked pork, barbecue sauce, pickles, cole slaw pressed between a flat tortilla). Your wife sits across from you and you’re both thrilled to be out somewhere and not at work and on this particular night the restaurant is mostly empty and it’s kind of relaxing and you think to yourself, “All said, this is a pretty solid existence,” when you look up at the large LCD screen hanging on the wall and see the video for Katy Perry’s “be true to yourself” anthem “Firework” and you attempt to comprehend the subtlety of the sparks and the rockets shooting out of her large breasts, followed by various people doing their thing (like, having leukemia, being slightly overweight, playing three-card monte) and also firing sparks from their breasts of various size and you furrow your brow a bit and you let some pulled-pork and cole slaw slip out the back of the quesadilla and you sit back and you say, “Katy Perry, you are doing the lord’s work.” 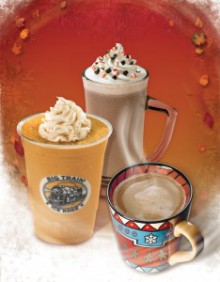 You know what’s great? Nutmeg. You add a little nutmeg, a little pumpkin spice, to your favorite refreshing liquid and suddenly you’ve got yourself a seasonal beverage. And you know what? It’s not half bad! Why must we only bring out the nutmeg in the fall? If I had my druthers (and believe me, look out when I do!) all beverages would be seasonal beverages.

Listen here, kiddo, your circular logic is impressive, but it won’t work on me. Just sit down and drink this. C’mon now, drink it! There, wasn’t that good? Nutmegy, huh? Well the jokes on you, that wasn’t a seasonal beverage at all, but a normal, everyday run a mill beverage, but with antifreeze in it. Pretty funny joke, huh? Huh? Hey? HEY? Wake up!