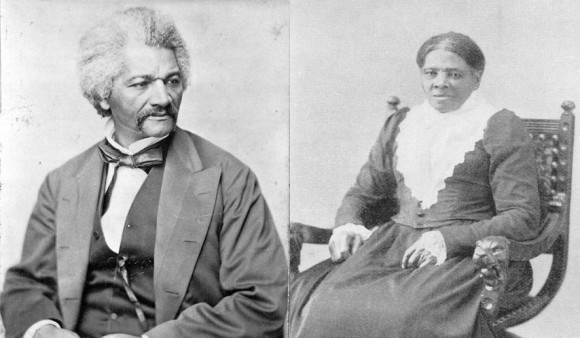 Tub: There’s a decent chance we know each other.

Doug: There is. But that might also be an extremely racist assumption.

Doug: The Underground Railroad was very important and helped a lot of slaves get free.

Tub: It was not a real railroad.

Tub: It was not really underground.

Doug: Not everyone knows that. In fact, it might not be true.

Doug: Myself, Morgan Freeman, Colin Powell, the guy who played the voodoo-worshipping outfielder in Major League and then was the president on the show 24.

Tub: These are black men that white people are very comfortable with.

Doug: Yes. We put them at ease because of our calm manner, and in some cases, our white hair.

Tub: People assume I am fat because of my last name, but I am of normal size.

Doug: I was not the Douglas of the Lincoln-Douglas debates, although I was active around the same time.

Tub: Surely, nobody thinks that was you.

Doug: No, seriously, some people do.

Doug: A few. For many years, when they were younger, these people pictured two podiums, and behind one was Abraham Lincoln, and then for some reason, it was me behind the other one.

Tub: I seriously cannot believe this.

Tub: It’s the author of this piece, isn’t it?