From the Diary of Representative Joe Barton (R – TX)

“I think it is a tragedy of the first proportion that a private corporation can be subjected to what I would characterize as a shakedown – in this case a $20 billion shakedown.”
-Rep. Joe Barton 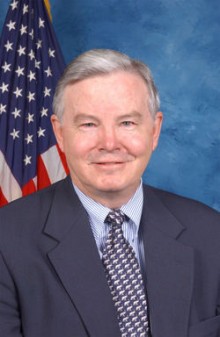 I love my dog, Sandy. He licks my face. We play fetch.

This morning when I threw the bone into the street, Sandy ran to get it. Just then Mrs. Jenkins came around the corner in her Toyota and ran over Sandy. I called out but it was too late, and now Sandy is dead. I rushed to Mrs. Jenkins, who asked me to hold her Corona while she inspected the car. We cried out in shared agony when we saw that the fender had a slight dent. I can still see the passenger side mirror, which was a little askew. Tonight I will not sleep. Is there a heaven for car parts?

Every morning when I go out to get the paper I see my next door neighbor, Hal. I’ve always liked him. We chat about politics, lawn care and baseball. He likes the White Sox, but what can you do?

Well, tonight when I came home from work his driveway was crowded with police cars. People stood outside, craning their necks and muttering rumors, and when I finally waded up to the front door a cop told me the news: for years Hal had been hiding six young children in his basement, keeping them as costumed servants and never once letting them see the light of day. My heart sank and a lump rose in my throat: when Lily and I first moved to Austin we looked at that house and deemed it just out of our price range. And it is with an especial pang of remorse that I note that it was the basement we loved most of all. In its reasonably high ceilings, laundry facilities and half-bathroom we saw such potential! I remember thinking, “this is a place where we could be happy,” and I somehow doubt those kids made the most of it.

Is there no God?
Joe

Last night at 3 am the phone rang. It was my brother Robert. Before he spoke a deep sob came through the line, and immediately I knew: Mother was sick. The doctor said it was only a matter of days.

I hung up the phone and dialed the cable company. I had to call ten times before someone picked up. Mother has always had a phenomenal bundled cable package with Cable City, known as the Triple Crown: cable TV, phone, and high-speed Internet for only $19.99 a month. It’s unreal. She got the deal because she signed up with Cable City in its early days, and they never raised her rates. When I finally got an actual human being on the phone and explained the situation he said no, they couldn’t transfer the deal to me at the moment of Mother’s death. Those rates, he said, are simply no longer available. Her own flesh and blood! I offered to drive to the company’s offices right then to show photo documents proving my lineage, to no avail. Policy is policy, the man said, and I felt a coldness come over my body as I realized that the deal would die with her. It’s so unfair: she didn’t even know how to use the Internet!