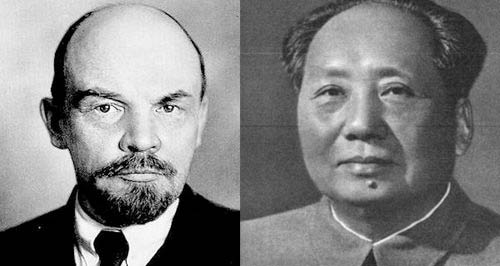 Mao: My last name is Zedong. That is the way Americans spell my name. And I do communism.

Lenin: I have the letter V.I. before my name. I think they stand for Vladmir Iliavich or something. But that might be a Dostoyevsky book I’m thinking of. I also do communism.

Mao: You worked with Marx or at least did the same sort of stuff as him. Marx has nothing to do with the American comedians the Marx Brothers. Anyone who thinks that is extremely wrong.

Lenin: Marx and I both did things in Russia. I was such a big deal in Russia that they changed the name of St. Petersburg to Leningrad. But I think they changed it back once I was no longer a big deal. Or when I was dead.

Mao: Speaking of you being dead, your body is still like in Russia or something and people can see it somewhere.

Lenin: How could anyone think that?

Lenin: Engels was someone, too, right?

Mao: He was like Marx, but for some reason not as famous. You almost definitely knew him as well.

Castro: Hey, you guys talking about communism and how you’re both communists?

Castro: I’m a communist, too. I do my communism down in Cuba.

Mao: I did mine in China. I made shit real communist over there.

Lenin: I communismed the hell out of Russia, but the guy with the ink spot on his head made it less communist.

Mao: That guy with the ink stain on his head is named Gorbachev.