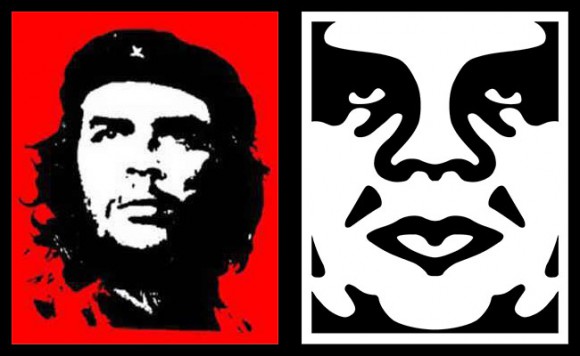 The Giant: What’s with all this Obey shit?

Che: I thought you would know.

The Giant: Was this some sort of catch phrase of mine? I don’t remember saying this to people.

The Giant: I know. Shouldn’t I be suing someone?

Che: Speaking of suing people, what the fuck am I doing on all these t-shirts? I fucking hate capitalism. Why are these people wearing my image on a piece of clothing?

The Giant: Are they doing it ironically?

Che: No, I think they literally think they’re endorsing my message by purchasing expensive shirts with my face on it.

Che: Yeah, it looks more like a George Clooney version of me.

The Giant: Obey what though? What am I telling them to obey?

Che: I feel like I should literally murder these people who are trying to make money off my image. That’s like my thing – warfare against exploitation.

The Giant: Am I the one obeying?

Che: I’m serious, if I see another one of these fucking hipsters wearing a shirt with me on it, I am going to ruthlessly kill them. I’m talking about slashing their throats.

The Giant: It sounds like you hate being on those shirts.

[Silence. Che takes a deep breath and settles down.]

Che: I loved you in The Princess Bride, by the way.

The Giant: Thanks a lot. I really enjoyed making that. Great group of folks.