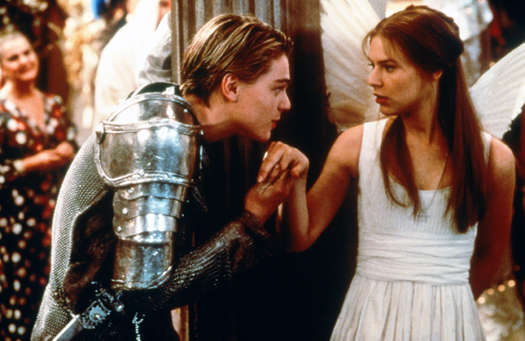 Romeo: I think I am the one who’s last name is Montague and yours is Capulet.

Juliet: Juliet Capulet? Sounds terrible. Are you sure?

R: I’m not. I remember either thinking that it was this way and that it was weird Shakespeare named us this, or that is was not that way because Shakespeare would never have named you that.

J: Either way, I know one thing for sure: Our families the Montagues and the Capulets hate each other.

R: They are like the Bloods and the Crips.

J: They are exactly like the Bloods and the Crips.

R: And Friar Tuck is someone.

J: He is definitely someone. And a friar is a religious person, like a priest, but maybe a step below that.

R: And another thing I know about us is that even though it seems like we are adults, we are actually teenagers. Or maybe like 20 or something, but I think even younger.

J: Yes, you are mostly raping me throughout this classic love story.

R: Holy shit, I just realized Friar Tuck has nothing to do with us.

J: What is Friar Tuck from?

R: Robin Hood! Exactly. And that was written a long time after we died?

J: And just to review, the way we both died was suicide.

J: Wasn’t there a friar involved, though?

J: Little John is someone from Robin Hood, too.