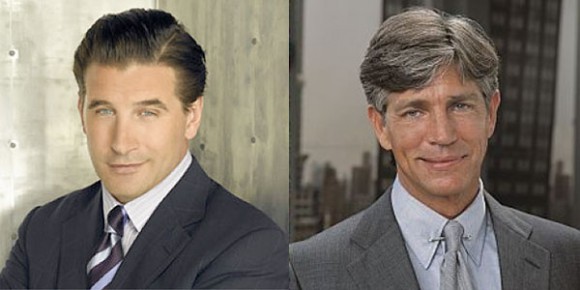 Billy Baldwin: You see my brother host SNL last season? He was awesome.

Baldwin: Something like that. Guy’s career is going awesome. Classic Emmy speech last year, too.

Roberts: As usual. Oh, and what about that Mickey Rourke Spirit Awards speech? I believe he mentioned a little someone named Eric Roberts.

Baldwin: Yeah, that was pretty awesome. My brother Stephen mentioned me at some Christian conference last year. I know it’s not the same, but it was still pretty sweet.

Roberts: You did a movie with Cindy Crawford once, right?

Baldwin: Yeah, great girl. She spoke to me a few times around the set. Real nice. One day, we both reached for a bagel at the same time. It was pretty funny.

Roberts: I met her once at the Playboy Mansion back in ’93. Real nice girl.

Baldwin: You working on anything now?

Roberts: Got an audition to do a three-ep arc on The Closer. Playing a crooked cop. Real plum role.

Baldwin: Maybe pass along my name?

Roberts: I’ll see if it comes up.

Roberts: Anyway, I should go. Julia’s taking me to get a new cell phone this afternoon.

[Baldwin takes a Motorola StarTAC cell phone from his pocket and holds it up.]

Roberts: Gotta change with the times, brother. Gotta stay in the game.

Baldwin: Preaching to the choir, my man.