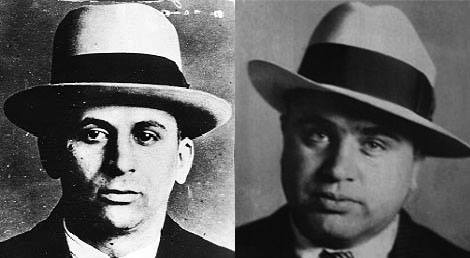 Lansky: I’m Jewish and a gangster.

Lansky: Sounds like it would be, right? Because Jewish people are such passive, non-violent pussies.

Capone: They used to be tougher, I guess.

Lansky: Yeah, they used to play professional sports and fight in wars and stuff. I mean, look at Israel. Those guys used to kick the shit out of the countries around them.

Capone: And run the media.

Capone: I’m Italian and was in the real mafia. Italians are allowed to be in it, but other people are not. I did most of my mobster work in Chicago.

Lansky: The Valentine’s Day Massacre was something you did.

Capone: Yes, I told people to kill a lot of my enemies all at once and then they did.

Capone: Definitely makes no sense. Did you refuse to kill on the Sabbath?

Lansky: Yes, we always took the Sabbath off from killing. You know, because of Moses and the Torah and so forth.