We live hectic lives. A recent survey from the Hoppermeir Institute of Radiology says that the average American only has between six and seven free minutes to dedicate to cultural concerns each week. This shocking, albeit fake, statistic illustrates just how valuable our time is in this modern age. It is because of this we present a new weekly feature entitled Rick’s Picks, written by me, Rick. It is our hope that these “picks” will help you find those cultural chestnuts that you might have forgotten or simply passed over.

First of all, shame on you HBO. Shame on you for putting out K-Street before Larry Sanders. Hell, HBO even put out three seasons of Carnivale before it got around to putting together a proper Larry Sanders release. Sure, the first season has been available for some time, and a few years back they put out a “Best Of” compilation, but a series this good really needed the deluxe treatment long ago. Though perhaps now is as good a time as any, what with the dust finally settling from the great late-night rejiggering of 2010. For those who don’t know (and shame on you for not knowing), The Larry Sanders Show was a comedy about a late night talk show starring Gary Shandling. Perhaps most notable, it introduced the world to one Hank Kingsley — easily on the Mount Rushmore of comedic characters (I picture him in the Roosevelt position).

Look, if you’re going to buy one 17-disc DVD box set this holiday season, this is the one to get.

The beginning is good. It’s a chill-out song. You want to kick back and enjoy a nice adult beverage. The ending is good. It’s a peppy, rock-and-roll number out of ’73. It makes you want to bob your head. You might even find yourself tapping your toe. But the middle section, that’s were the action is. The guitar suddenly gets a little bit grungier, the lyrics have more menace. The section elevates its surroundings — it’s the Rajon Rondo of musical bridges. Sure, one could simply cut out the middle and make it its own thing, but then it would no longer be a middle — it’d be a Guided By Voices song. The middle is key.

PLEASE NOTE: Jimmy Eat World once recorded a song called “The Middle.” The ABC television network broadcasts a television show called The Middle. Paul McCartney had very little to do with either of these things.

So I’m bringing the “G” in full force. The audience goes wild. They love this. Me and Kip are back-to-back now. We’re singing the chorus into a shared microphone. His stupid scarves keep getting in my way, but I continue with the “G.” The “G” has been good to me for years: the Allstate Arena, the Pepsi Center, Nassau Coliseum. Tonight, here at the Hewlett Packard Inkjet Refill Forum, I want to bring something a little extra. This crowd deserves it. Again, the audience is loving the open “G,” but we need to get to the bridge. So what do I do? I pull out the “C7” and fucking blow their minds. Yeah! Rock and roll forever! 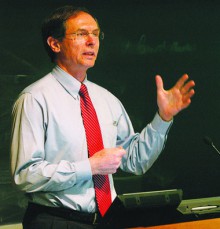 Here’s the thing: I was supposed to end up in Anthropology 201 with Trey and Nev and Gillian, but I overslept on sign-up day and I just needed another humanities credit. It could have been worse. I could have ended up taking Art History yet again, but I swear, if I have to hear about the difference between Ionic, Doric and Corinthian columns one more time I’m going to go medieval on everyone in that room — there were far fewer columns during that period, though more pointed archways. I digress. Hosweltel is decent enough. He grades on a curve, which is nice, and gives us a ten minute break to go smoke in the courtyard. College is the best.

If you’re going to build a structure using columns for support, you cannot go wrong with Ionic. More interesting than boring old Doric columns, but not as pretentious as Corinthian columns. If Ionic columns were a pop song, they’d be the middle of Paul McCartney’s “Band on the Run.”